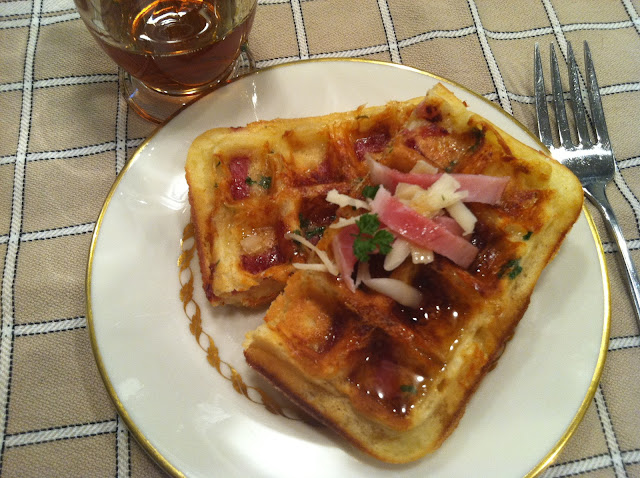 I recently saw this concept for ham and cheese waffles as an homage to the writer's mother who made ham waffles as a childhood favorite.  I couldn't wait to give it a try.

When I eat waffles or pancakes, I want the sausage nestled next to the waffle and covered with syrup. I love the taste of the savory pork and the sweet maple goodness combined as one bite of deliciousness. Yummmm.  So why not add the pork right into the batter.  Genius.

My recipe is a standard waffle batter, but as you ladle the batter into the waffle maker, add a tablespoon of thinly sliced deli ham and shredded cheese.  The recipe can also be made without the ham and cheese for a more traditional waffle.

If you don't own a waffle maker, I encourage you to look at a second hand store or watch for a sale to buy one.  Or maybe, your aunt has one tucked away in the cupboard you can borrow.  Waffle batter is easy to make and the outcome is so much better than the toaster frozen variety you can buy as ready made.

Preheat waffle maker.  Melt the butter, set aside.  In a large mixing bowl, combine the flour, baking powder, salt and sugar.  In medium mixing bowl, whisk the egg yolks and the milk together.  In yet another bowl, whip the egg whites until they form a loose meringue; set aside.  Whisk the egg yolk/ milk mixture into the dry ingredients until just combined.  Stir in the melted butter.  Fold in the egg whites.  (The whipped egg whites will help yield a light, crispy waffle.)  Spoon a ladle full of batter into your prepared waffle maker.  Top the batter with 1-2 tablespoons of ham and cheese, depending on the size of you waffle maker.  Close the waffle iron and bake as per the directions of your maker.  Waffle will be golden brown with crisp bits of ham and cheese baked in.  Serve with butter and maple syrup.  Garnish with additional ham and cheese.

Traditional waffles can be made by eliminating the ham and cheese.

For an alternate variety, try adding 1 teaspoon of cinnamon or 1 tablespoon of cocoa and 2 additional tablespoons of sugar to the dry ingredients. 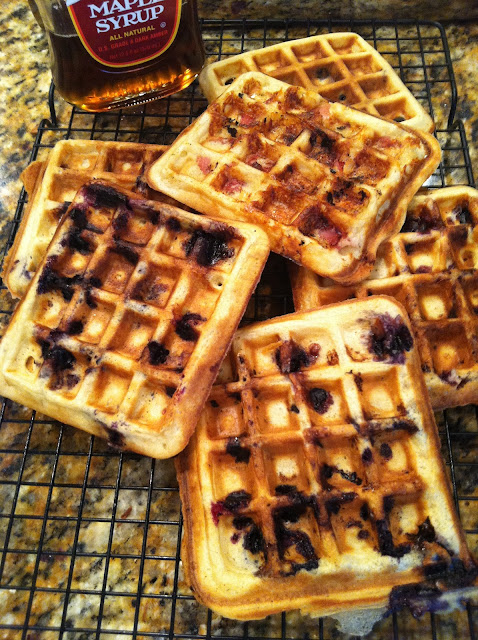 *Waffle Footnote*
I had unused batter that I kept in the refrigerator for a few days and decided to make blueberry waffles with the remaining batter. I ladled the batter into the waffle maker and added frozen whole blueberries on top of the uncooked batter. Closed the lid and baked as normal. The blueberries of course were smashed by closing the lid and were baked into the batter. They came out beautifully. 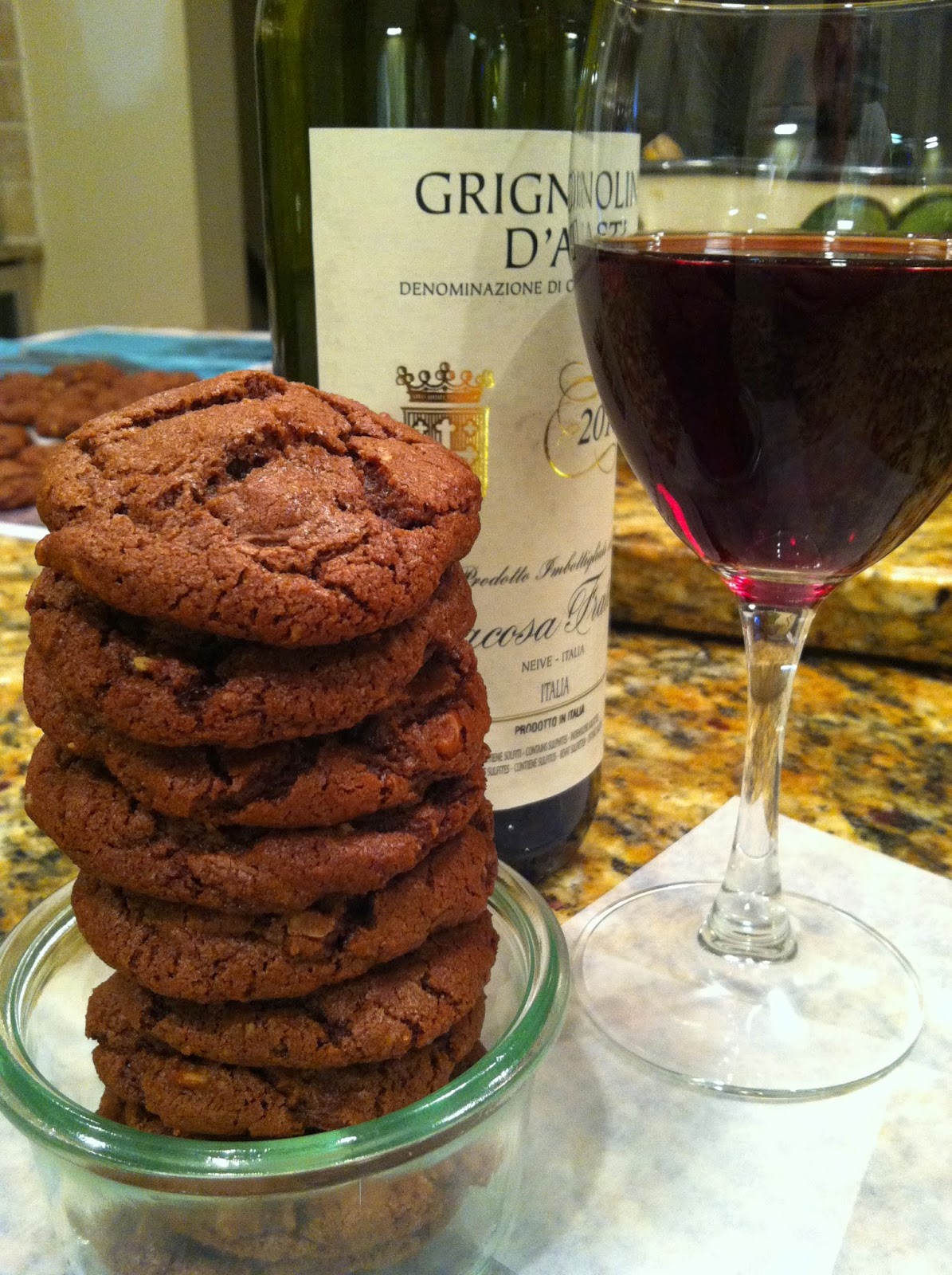