ChezCindy: Taming of the Roux 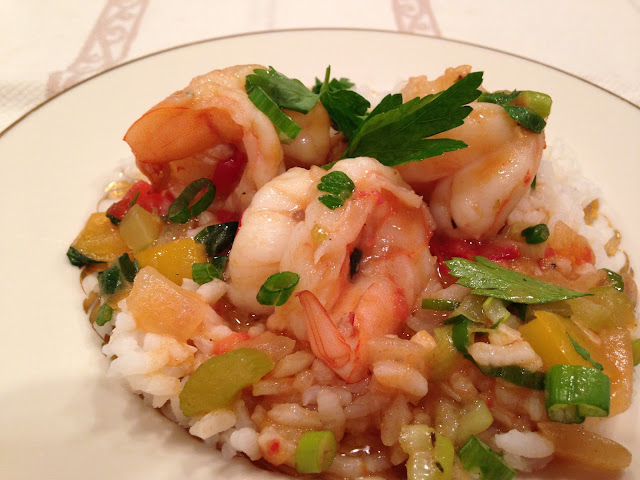 In celebration of Mardi Gras Fat Tuesday, I usually make cajon/creole food for a dinner party with a few friends.  Typically, this style of food starts with a roux.  A roux is a mix of flour and fat used as a thickening agent.  Traditionally roux is made using the stovetop burner.  This is a long process, using a low to medium flame, with constant stirring so as not to burn the roux.  A burned roux with flecks of black must be thrown out as it will not taste good when used in your final recipe.  I have learned from Food Network's Alton Brown, that the roux can easily be made in the oven.  The key in using the oven is that it provides a consistent even temperature with heat surrounding the skillet, yielding less chance for burning.  It still requires a long cooking time, but the difference when using the oven is this is passive cooking.  Stovetop time requires constant stirring attention.  Whereas the oven version only requires stirring a few times over 45 minutes.

Process for Making Roux
Set the oven temperature to 350 degrees.  Place 1/2 cup of vegetable oil or lard, and 1/2 cup of flour in a 10 or 12 inch cast iron skillet.  Stir to combine.  Once the oven comes up to temperature, place the skillet on the middle shelf of the oven.  Bake uncovered for 45 minutes, stirring with a wooden spoon 3-4 times over the course of the cooking time.  Once the roux has reached the desired color, using thick oven mitts, remove from the oven.  The roux is now ready to use.  A word of caution:  the roux is extremely hot.  Be very careful not to splash it on your skin.

Shown below are the various stages of color when preparing a roux.  The darker the color, the more complex the flavor.  Darker roux is used for heaver meats like duck or pork.  Lighter roux is used when cooking shrimp or chicken.

White Roux - just after combining the flour and fat

Blond Roux - after 10 minutes of cooking

Mahogany Roux - after 50 minutes of cooking


Roux can be used when making Gumbo or Etouffee.

Peperonata is a rustic Italian dish of cooked peppers served as an accompaniment to meat or fish.  It can be made with a blend of diffe... 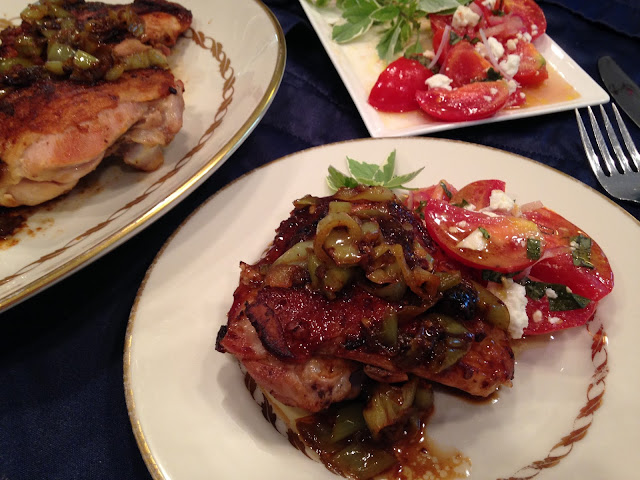