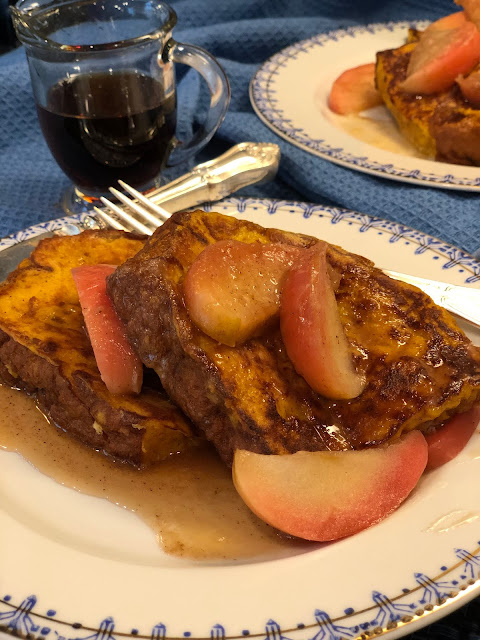 Pumpkin French toast is perfectly paired with baked spiced apples slices.  This dish can be thought of as a sweet breakfast treat or as dessert.

In France this dish would be called "Pain Perdue", meaning lost bread.  French toast is usually made from bread that might be a bit stale, thus the bread has "lost" its best freshness.  Being resourceful, the stale bread is soaked in a creamy custard and griddled to golden brown perfection.

I have fond childhood memories of my father making French toast for us, often times for dinner.  We thought it was great fun to have this decadent sweet treat for dinner.  After watching my dad make French toast, this was one of the first dishes I made on my own as a young child.  It was more of a process than following a recipe.  Eggs, milk and spices, usually cinnamon, stirred together with a fork, dipping in the bread to soak up the custard, and placed in a buttered hot pan.  Easy success and gratification. 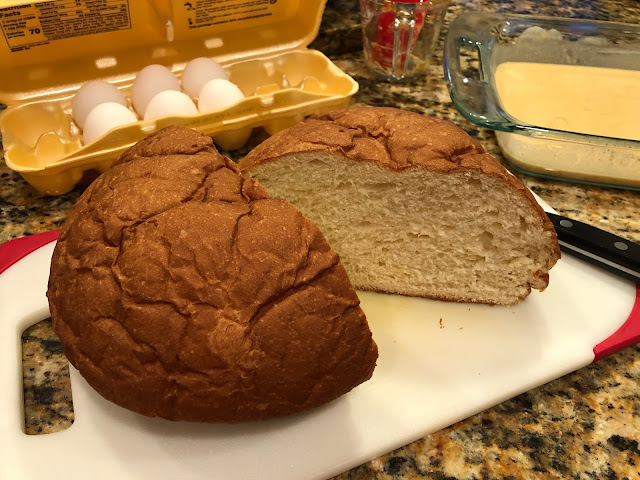 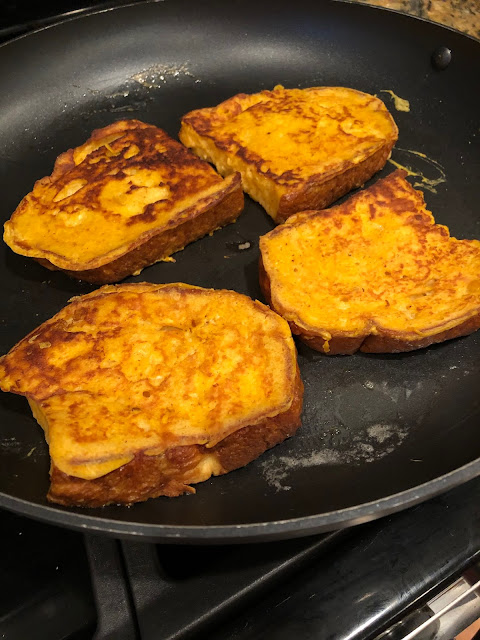 In this picture you can see the pretty orange hue of the pumpkin.  I used pumpkin pie spice in the custard to bring out the seasonal goodness, as used when making pumpkin pie.  The baked apple slices are tossed with traditional apple pie spices, butter and cider, baked until tender and coated with the resulting apple syrup.  A great compliment to the pumpkin toast.  This would also be delicious with pumpkin butter and maple syrup.

In a shallow baking dish, a 9x13-inch Pyrex works well, whisk together the eggs, milk, pumpkin puree, vanilla and pumpkin pie spice.  Mix well until fully combined.  Place the sliced bread into the custard, soaking each side for 30 seconds.

Working with a non-stick skillet or griddle over medium-high heat, melt 1 tablespoon of butter swirling to coat the pan.  Place the soaked bread slices into the hot skillet, cooking each side for 2-3 minutes until each side is golden brown.  Keep warm, while cooking the remaining slices of bread.  Serve with maple syrup and fruit.

I made this bread.  It's gorgeous, right?  And it's not one of those products that looks great and tastes like cardboard.  This h... 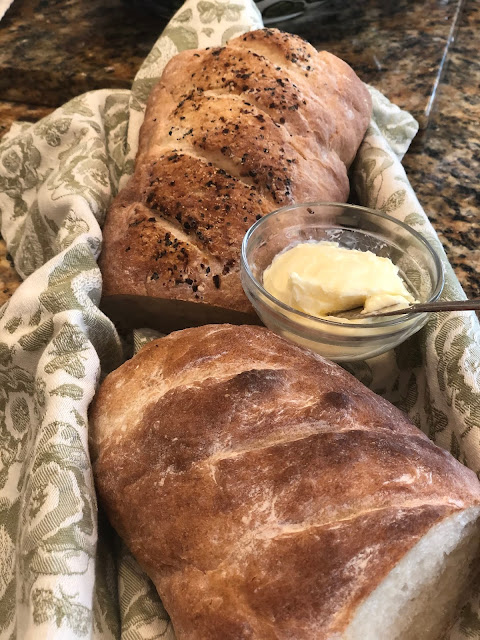